The journey of this work by Robert Heinecken, through California, Korea and now Brazil, seeks to live up to the legacy of the artist who died in 2006, relatively neglected in recent years, and to revive his work. In 2014 the Museum of Modern Art (MoMA) in New York organized a major retrospective of his work, currently on display at the Hammer Museum (Los Angeles), and was compared to conceptual art giants such as John Baldessari, Cindy Sherman and Richard Prince . In 2014 alone, the artist’s works also visited New York, Los Angeles, Seattle and Cleveland, in the United States, Gwangju (South Korea), Berlin (Germany), Brussels (Belgium) and Freiburg (Switzerland).

The installation investigates two major interests of Heinecken: the media and the effects of the power of television as a mass medium. “Waking Up in New America” is a suggestively domestic room, in which absolutely all surfaces – walls, floor, ceiling and all objects that make up the environment – are covered by images captured from TV. Visitors can freely walk through the space and experience the immersion in the world of images proposed by the artist. 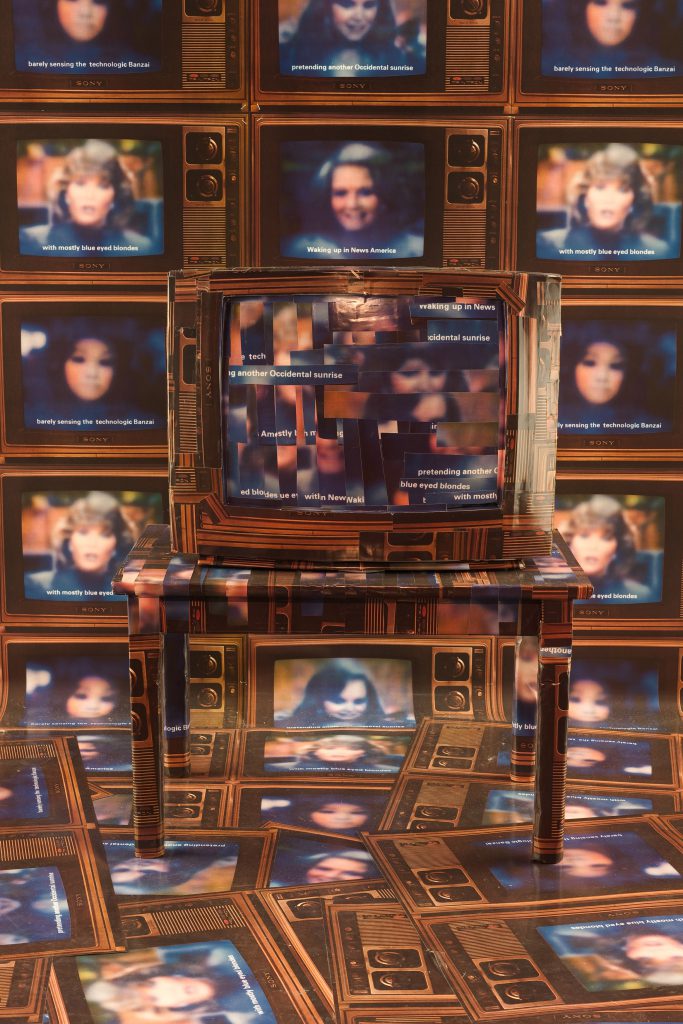 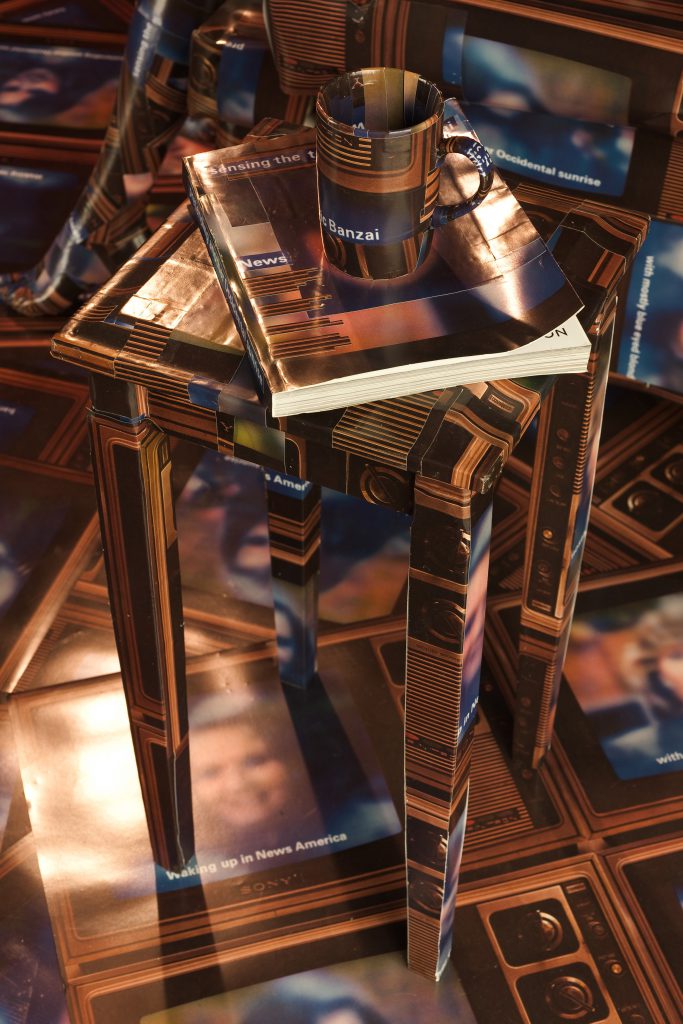 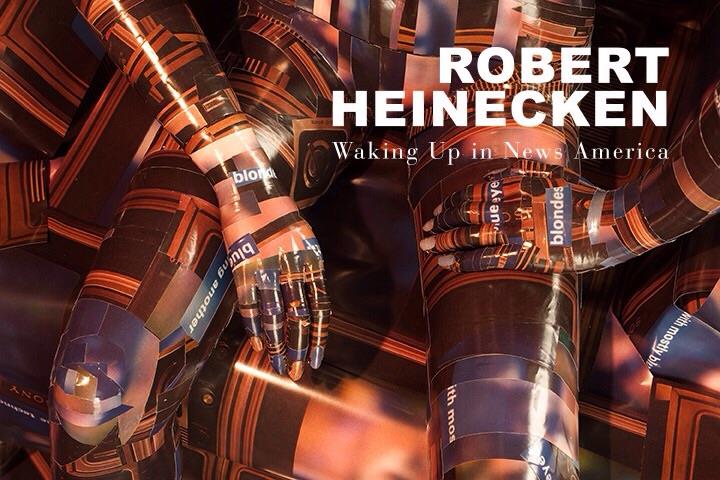 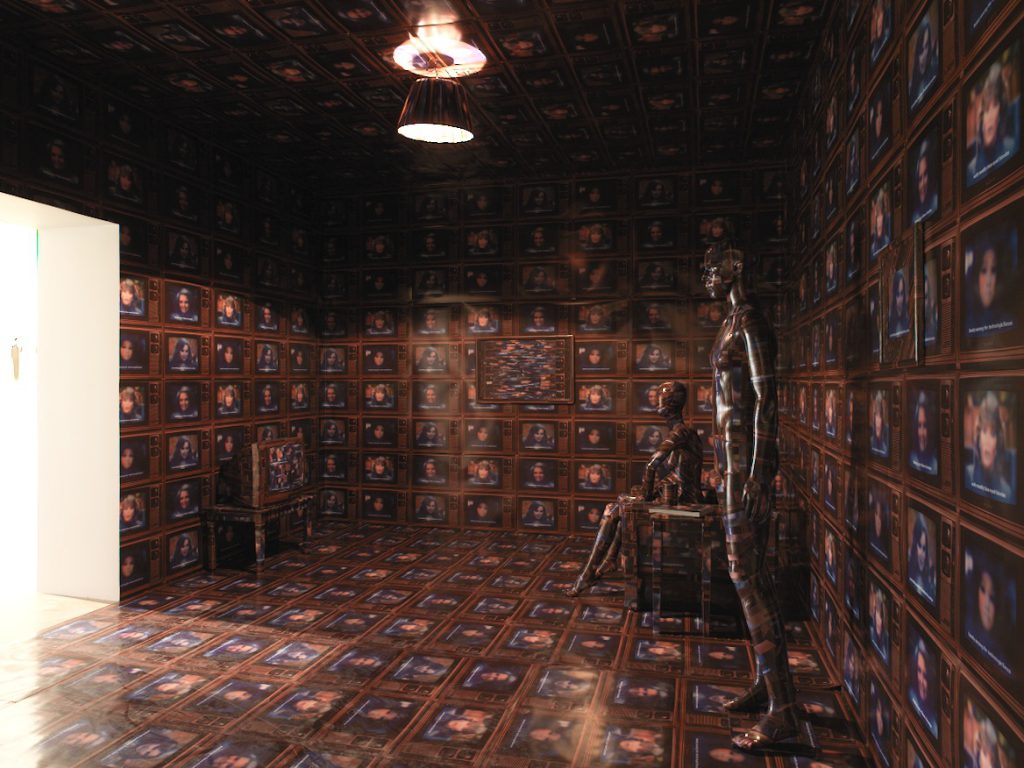 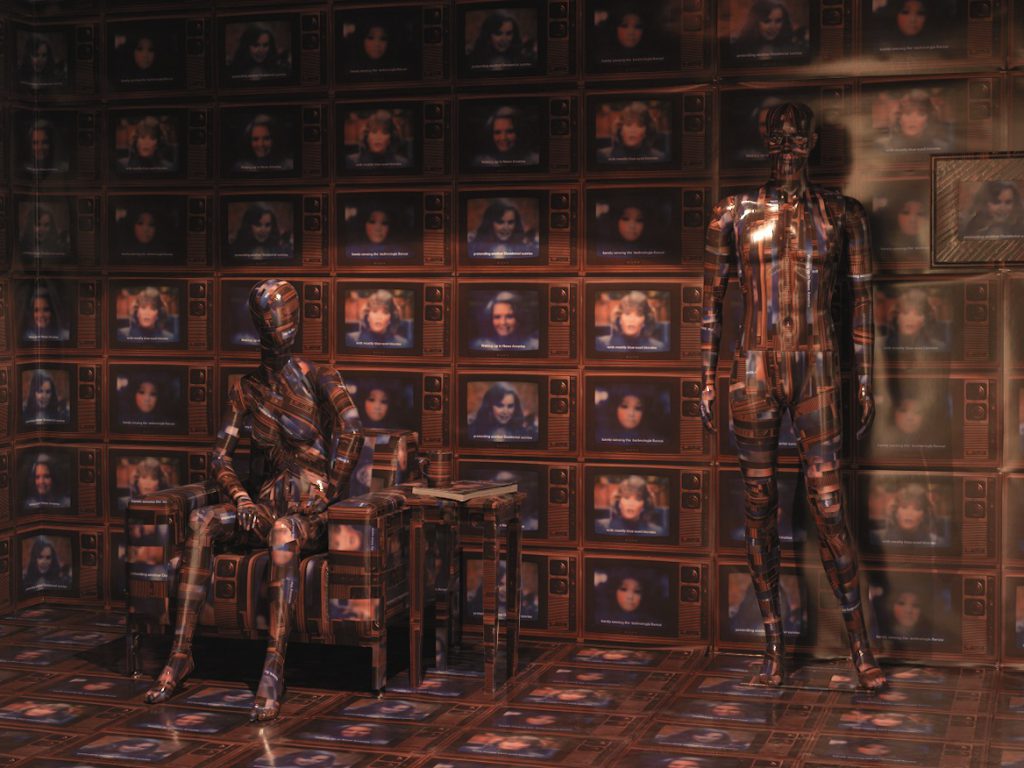 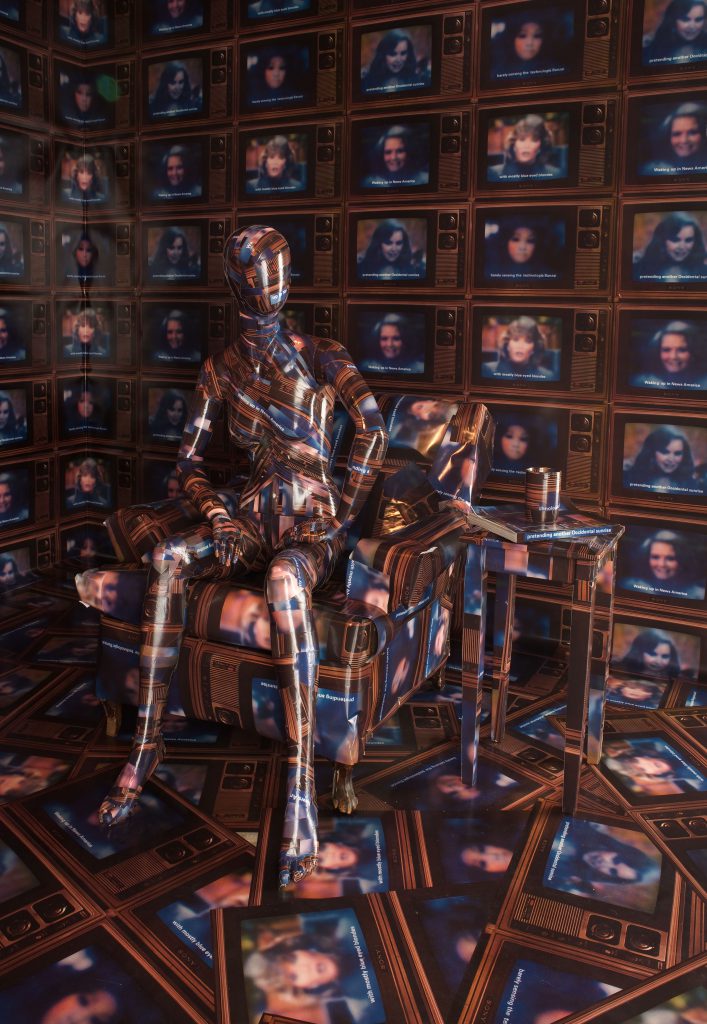 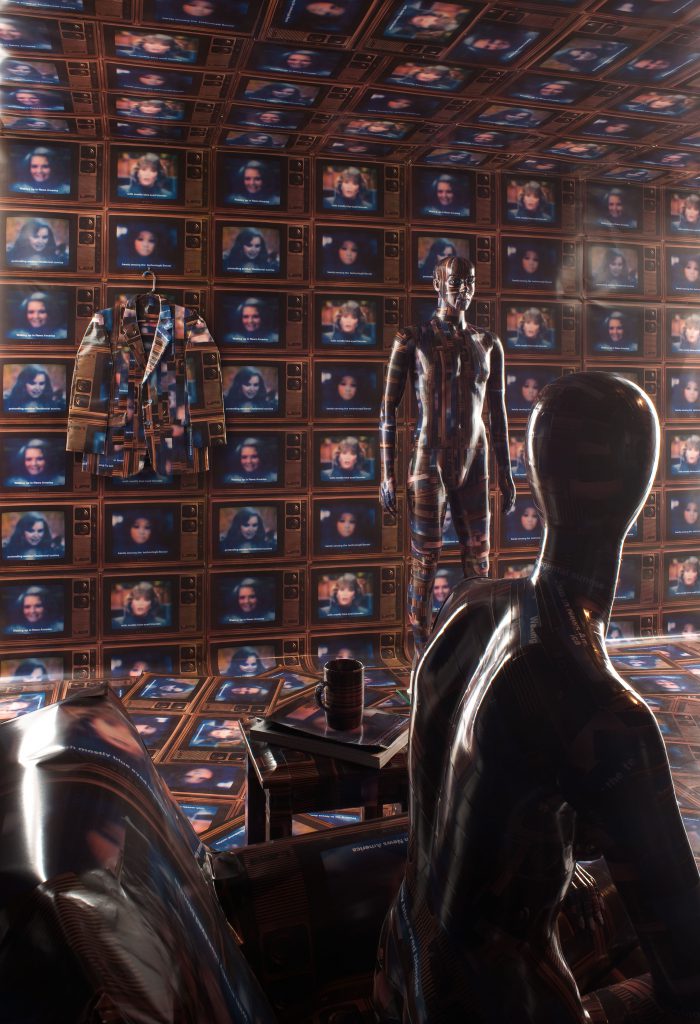 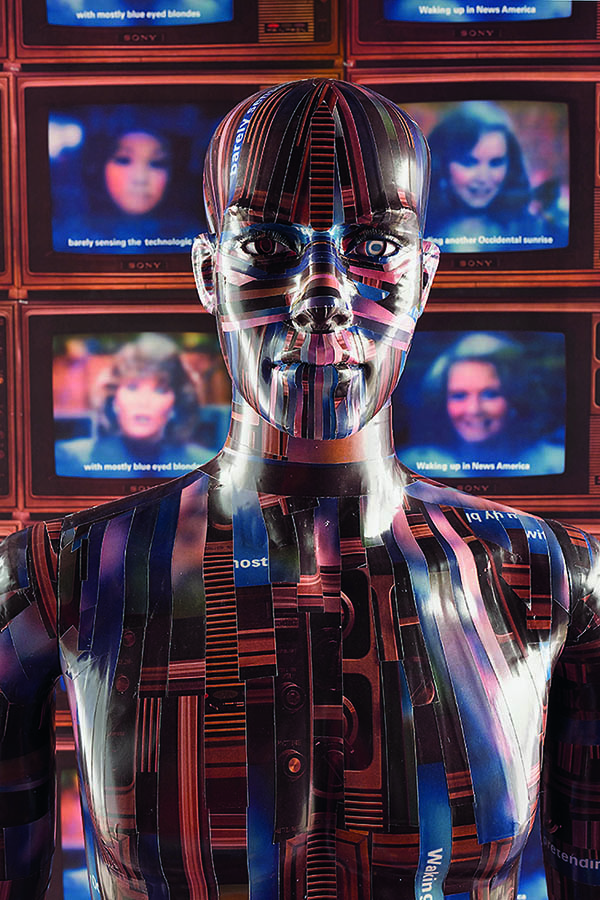 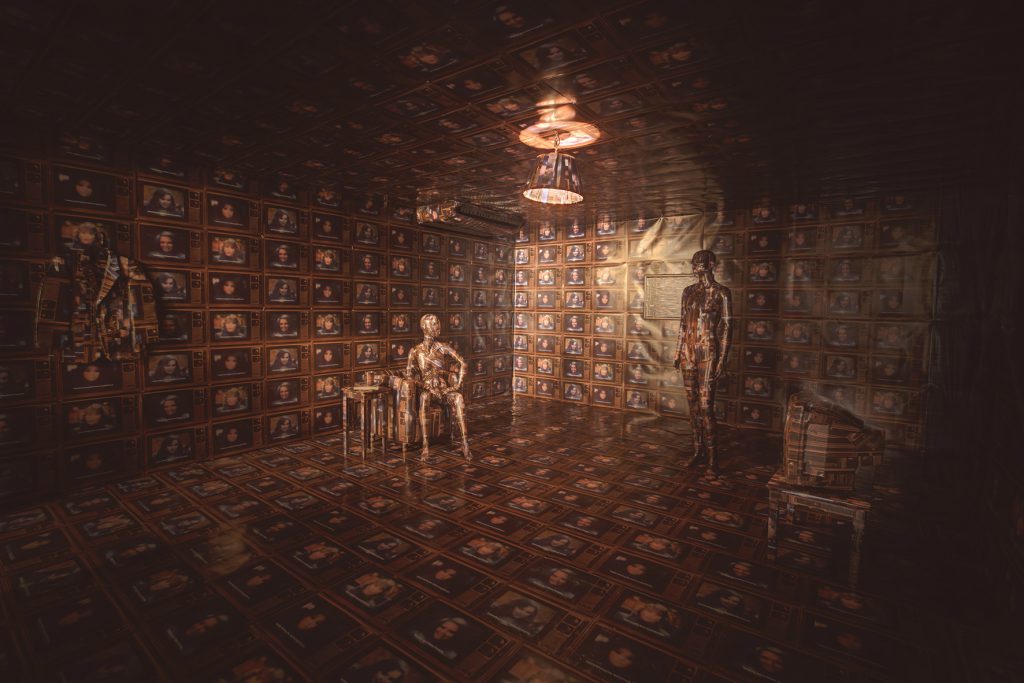 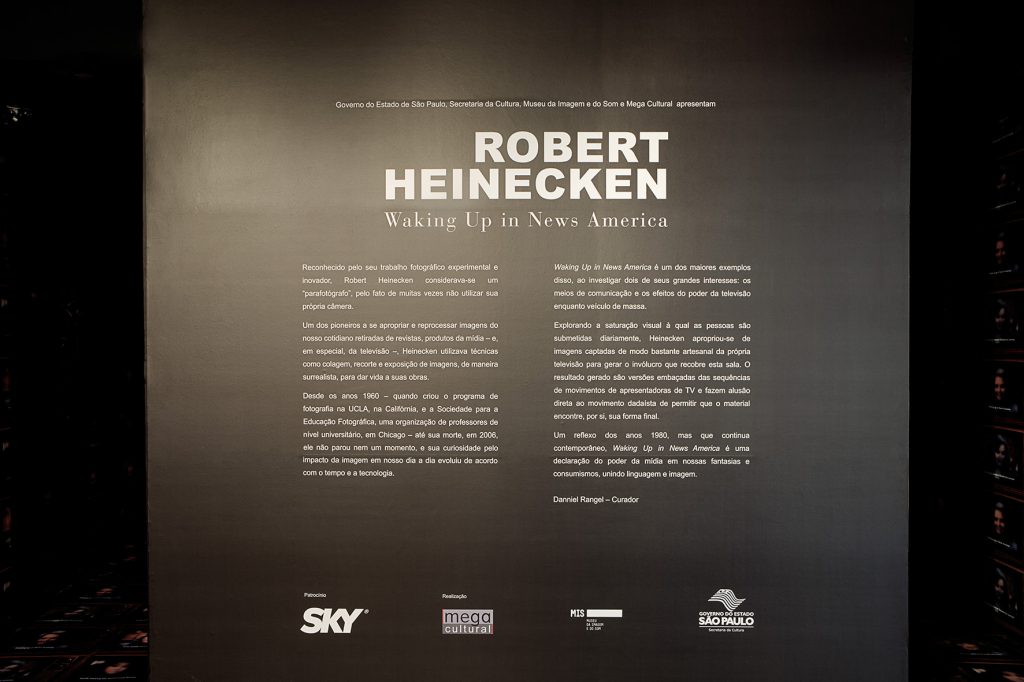 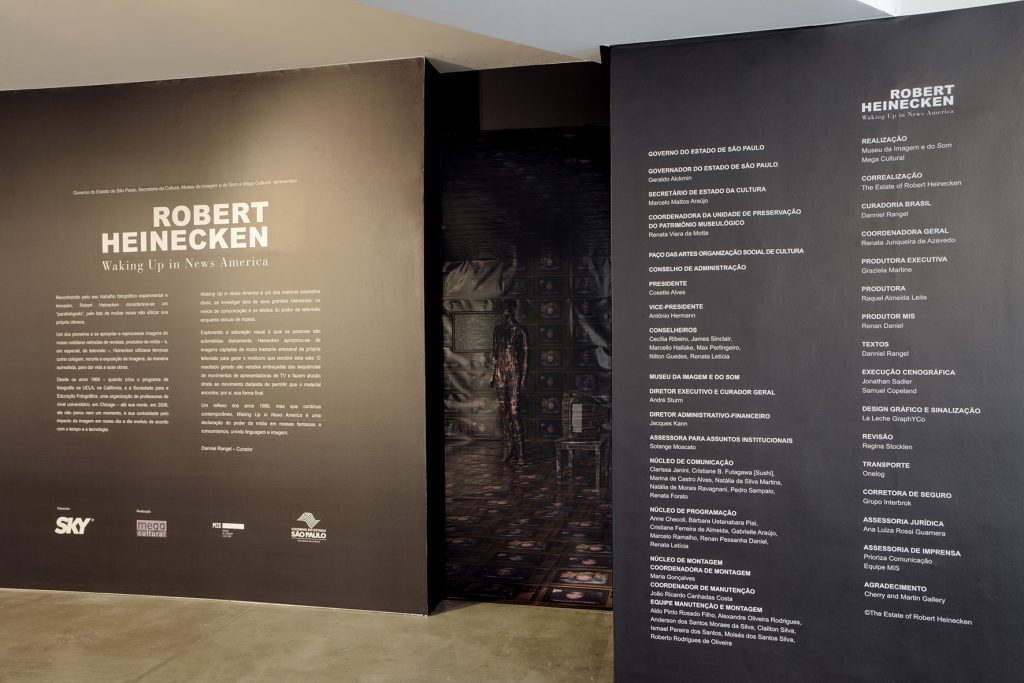 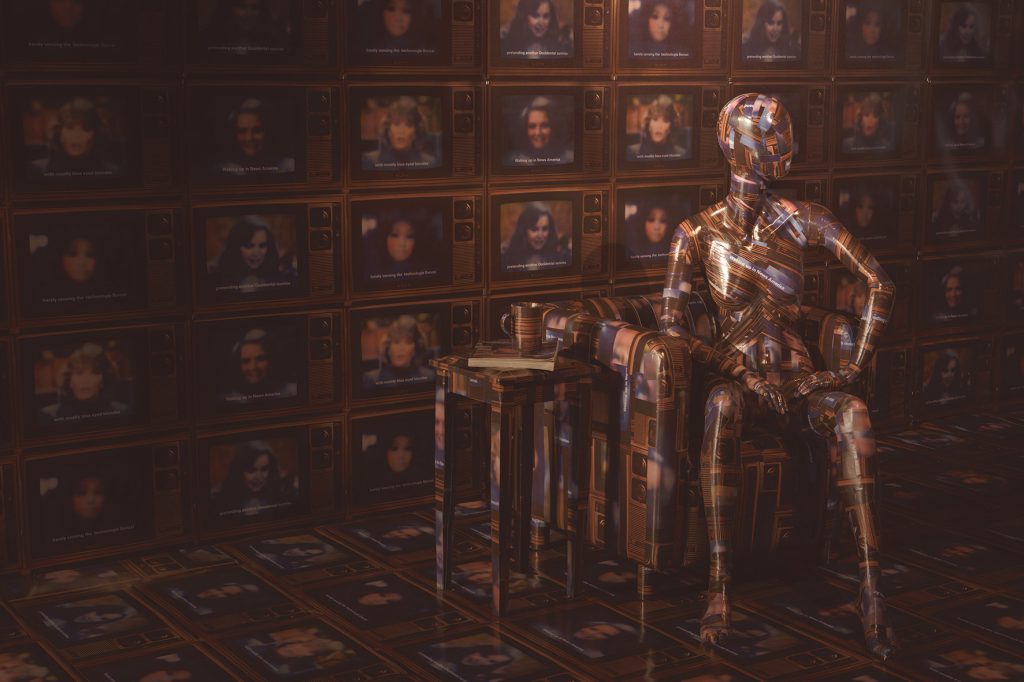 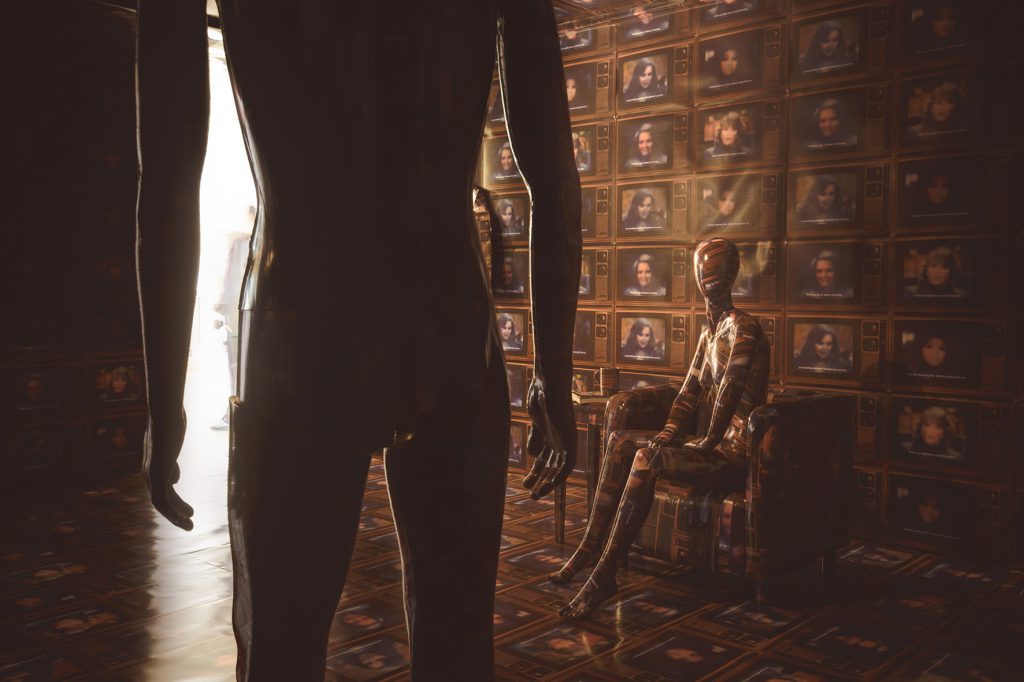