One of the greatest fashion photographers of the 20th century, ERWIN BLUMENFELD wins an exhibition this month in São Paulo.

The curator Danniel Rangel talks about the behind the scenes of this endeavor.

In 2012, when I saw the cover of Madonna’s MDNA album, clicked by the duo Mert & Marcus, I thought: I know this image from somewhere. Minutes later, I had a realization. The photograph, which shows material girl through corrugated glass, was a beautiful tribute to The Picasso Girl (1947), one of the most emblematic clicks by Erwin Blumenfeld (1897-1969), in which the photographer plays with transparencies and colored stripes, two of his trademarks. I’ve been in love with the German’s work since I was a teenager, but it wasn’t until then that I decided on my next project: setting up the exhibition Blumenfeld Studio: New York, 1941–1960, which will open later this month at FAAP, co-curated by Nadia Blumenfeld, the photographer’s granddaughter.

Shortly after Madonna’s album debut, another happy coincidence put the German once again in my path: strolling along Rue des Beaux Arts with photographer Willy Rizzo, I came across an exhibition of Blumenfeld’s Dada collages that refer to the iconic works of Max Ernst, Duchamp and Francis Picabia. “When I went to New York in the 1940s, I was dazzled by Blumenfeld’s images. It was because of him that I decided to become a fashion photographer”, confided Rizzo, who died in 2013.

I already knew some of the famous covers that the German had made for Vogue in the 40s and 50s – such as the one of the top model Jean Patchett, with her nose erased, an interference made long before computers that were capable of such a ruse were invented. Adding to Rizzo’s testimony, Nadia and I decided that the clipping of the show would be from the phase in which Blumenfeld dedicated himself to fashion.

The starting point is the beginning of the 40s, when he left Paris because of World War II, having as one of his last records of the city the beautiful image of top model Lisa Penn, on top of the Eiffel Tower, shot for French Vogue. Blumenfeld settled in New York, where he began producing iconic studio images with the blessing of none other than Cecil Beaton.

In the United States, he became a darling of fashion magazines and one of the highest paid photographers in the world. “He was the first to bring surrealism to the masses,” comments Nadia. “What used to be confined to collections and museums is now featured on the pages of Vogue or in campaigns for brands such as Dior and Helena Rubinstein.”

My first encounter with Nadia took place at her charming private hotel in Montparnasse. I decided to look for it when I learned that the imposing Musée Nicéphore-Niépce would do, in addition to an exhibition, a restoration of all the photographer’s files. Thanks to this initiative, we were able to bring to the São Paulo exhibition more than one hundred images, including publications of the time and his experimental films that influenced names like Guy Bourdin.

In his oval studio in New York, with the help of assistant Marella Caracciolo – before marrying Gianni Agnelli of the “almighty” Fiat, she was Blumenfeld’s right hand man –, the German produced, experimented, took advantage of the materials and his creativity to innovate the genre. Jane Fonda, Marlene Dietrich, Suzy Parker, Dovima, Dorian Leigh and Grace Kelly were some of the women who passed through his studio.

Blumenfeld died in Rome in the late 1960s, leaving his studio intact and an enormous artistic legacy. Part of them can now be appreciated by Brazilians. 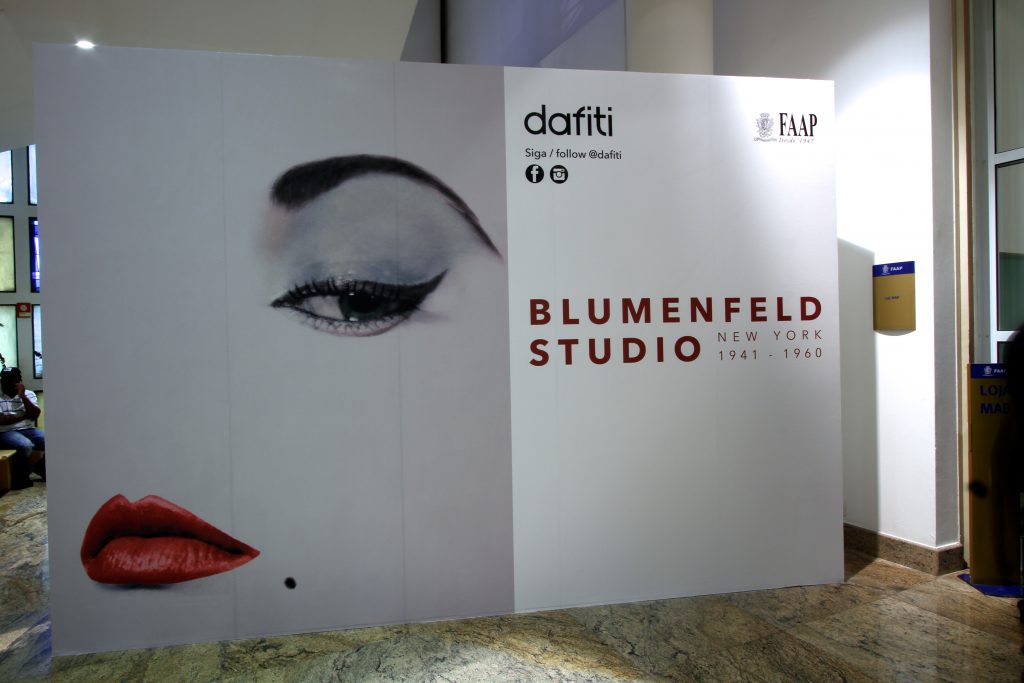 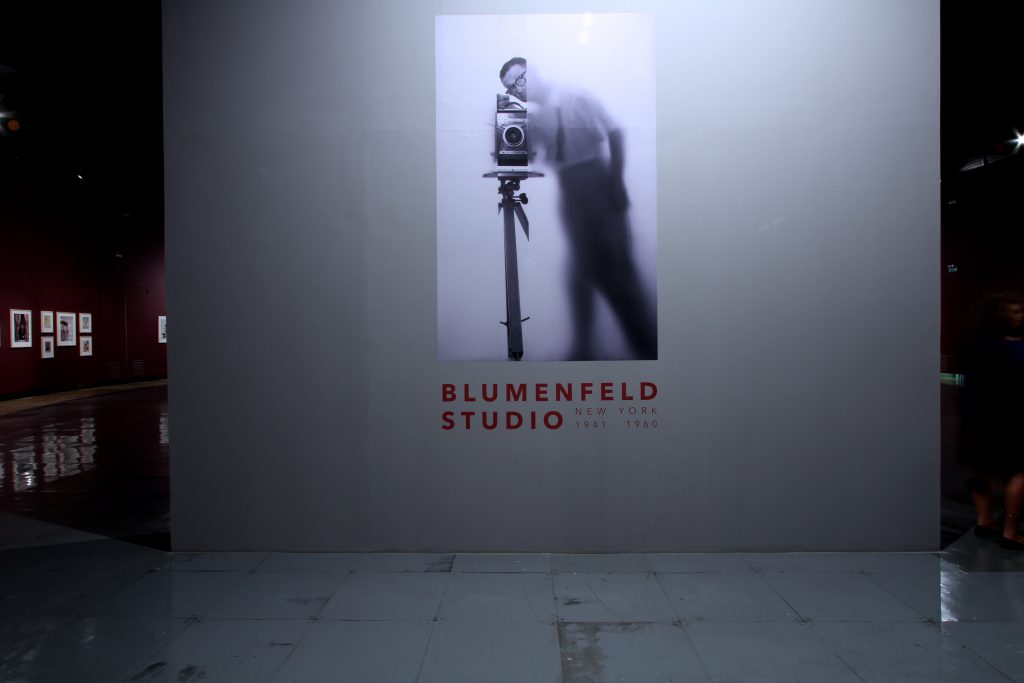 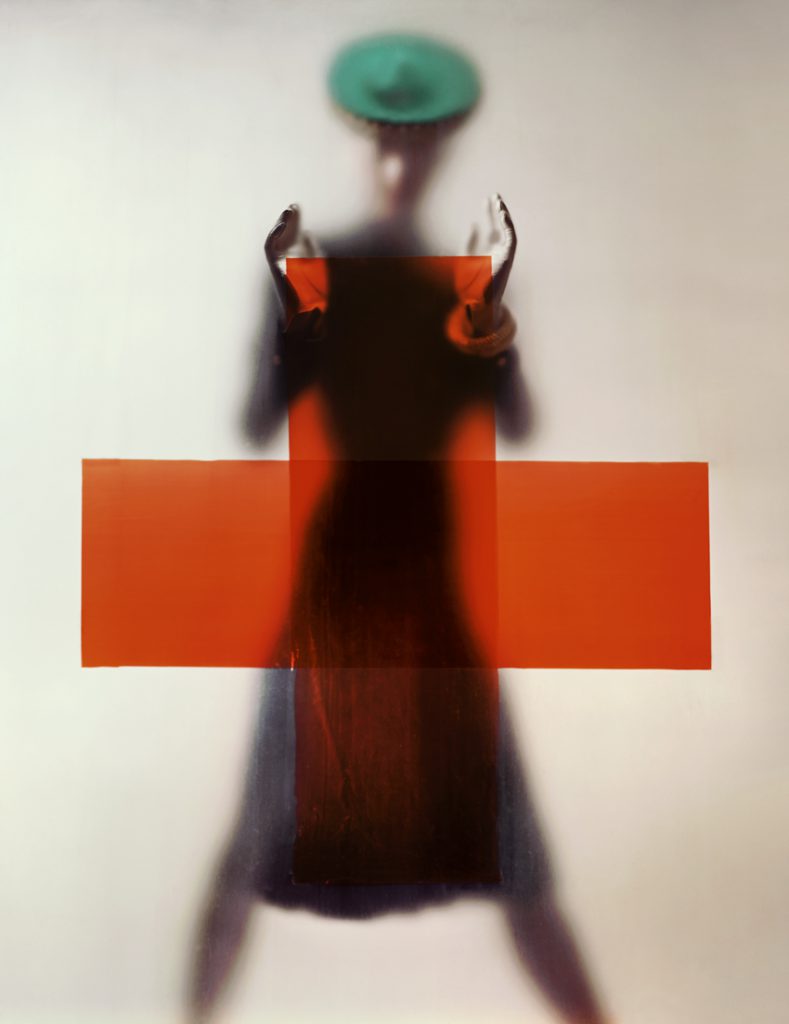 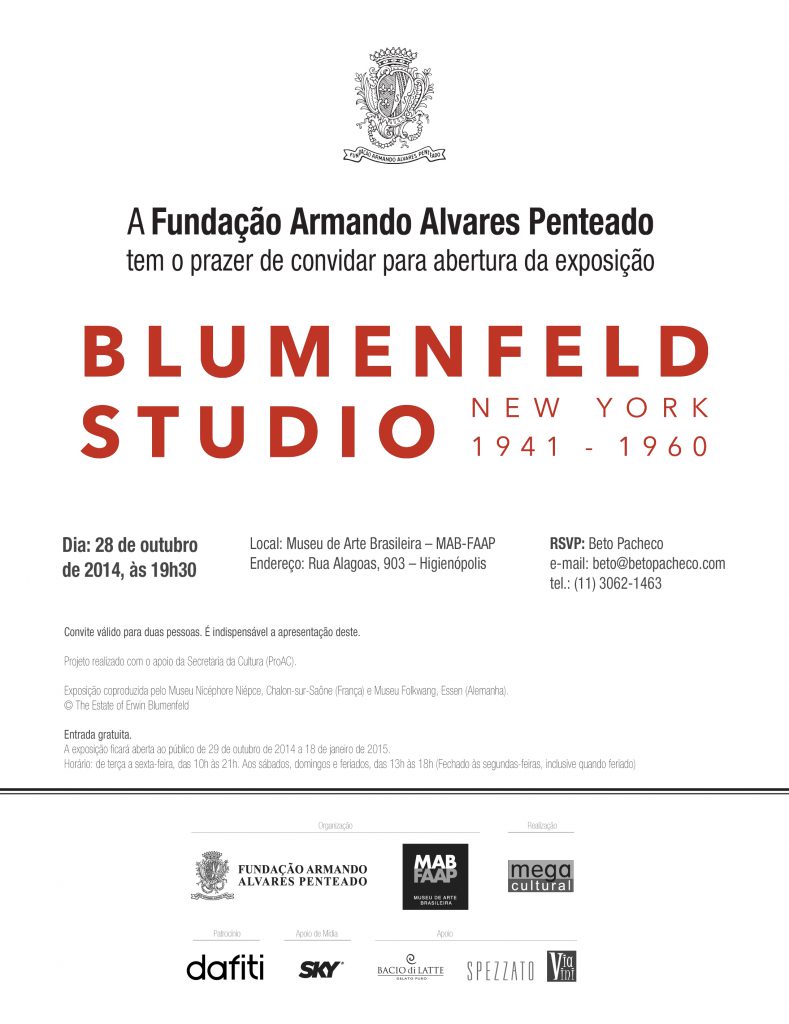 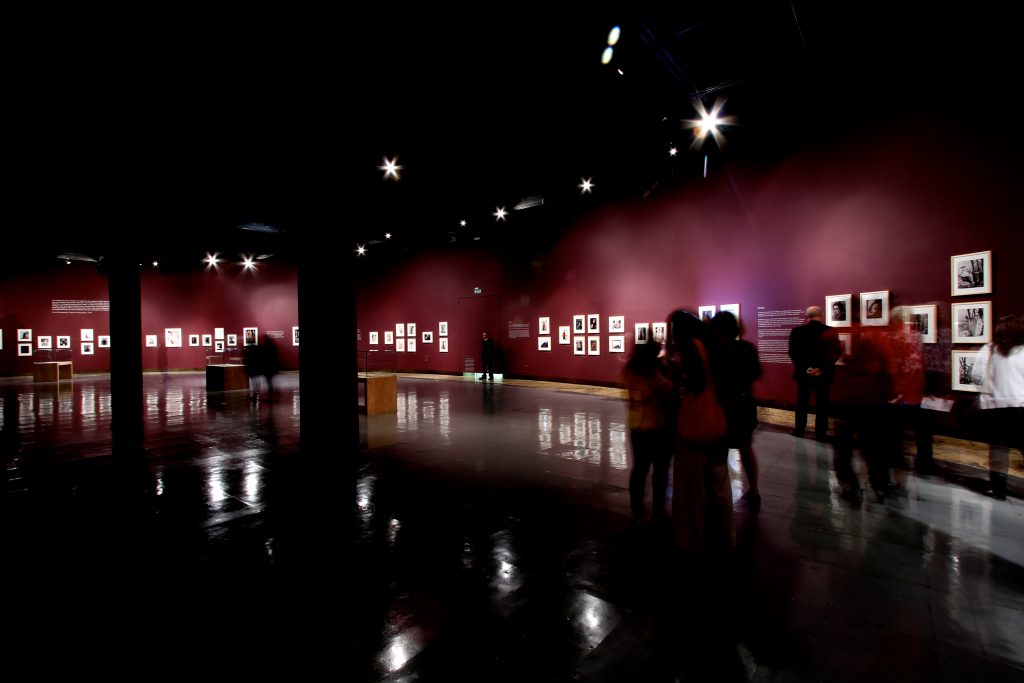 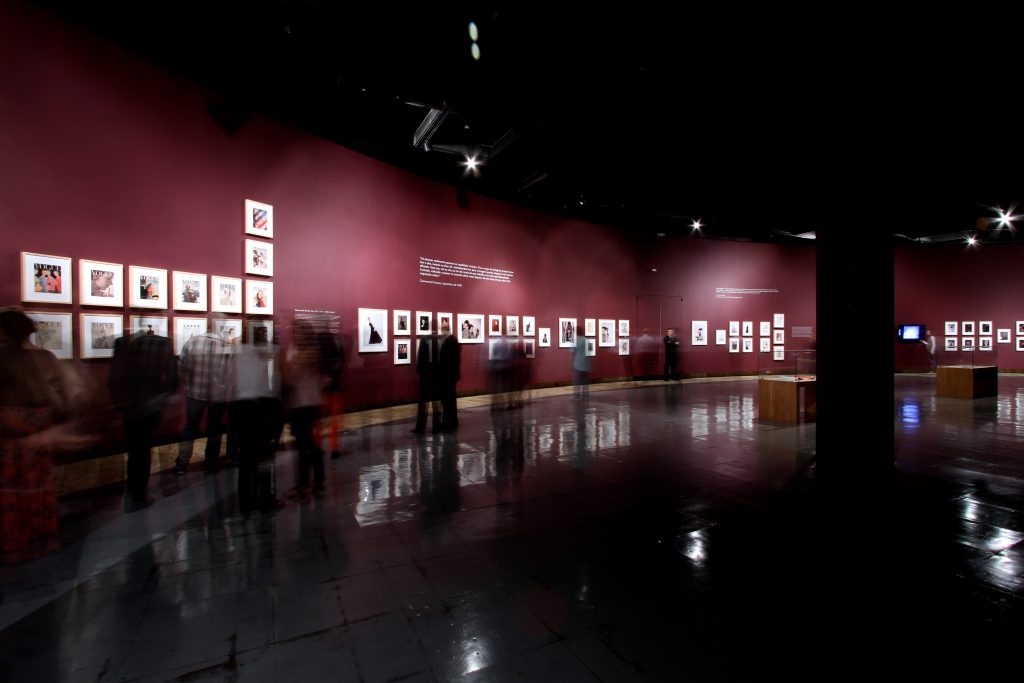 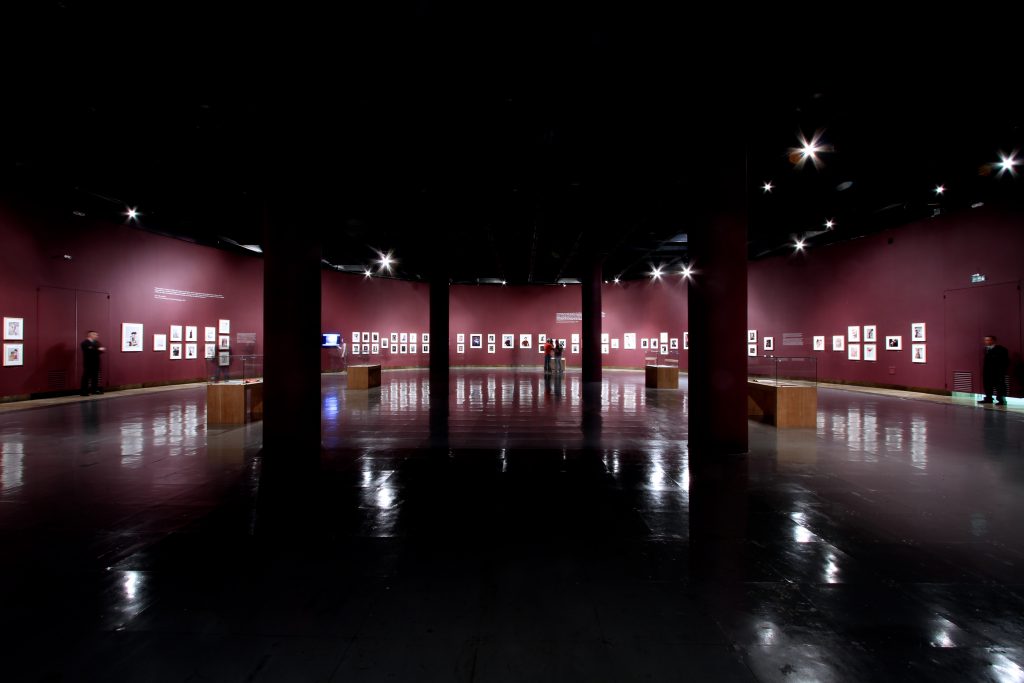 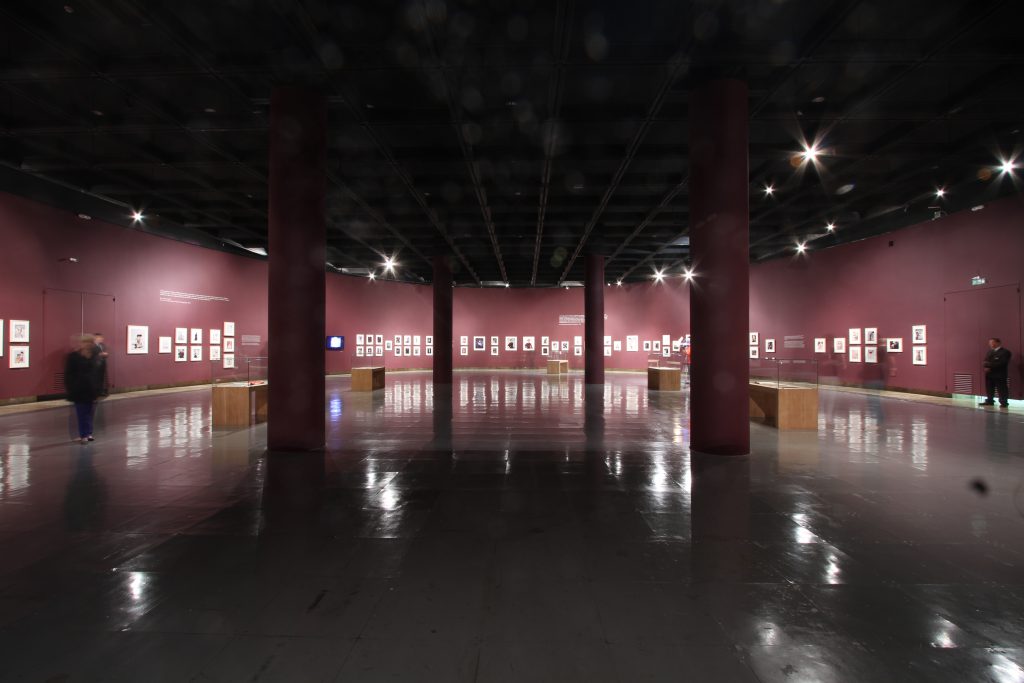 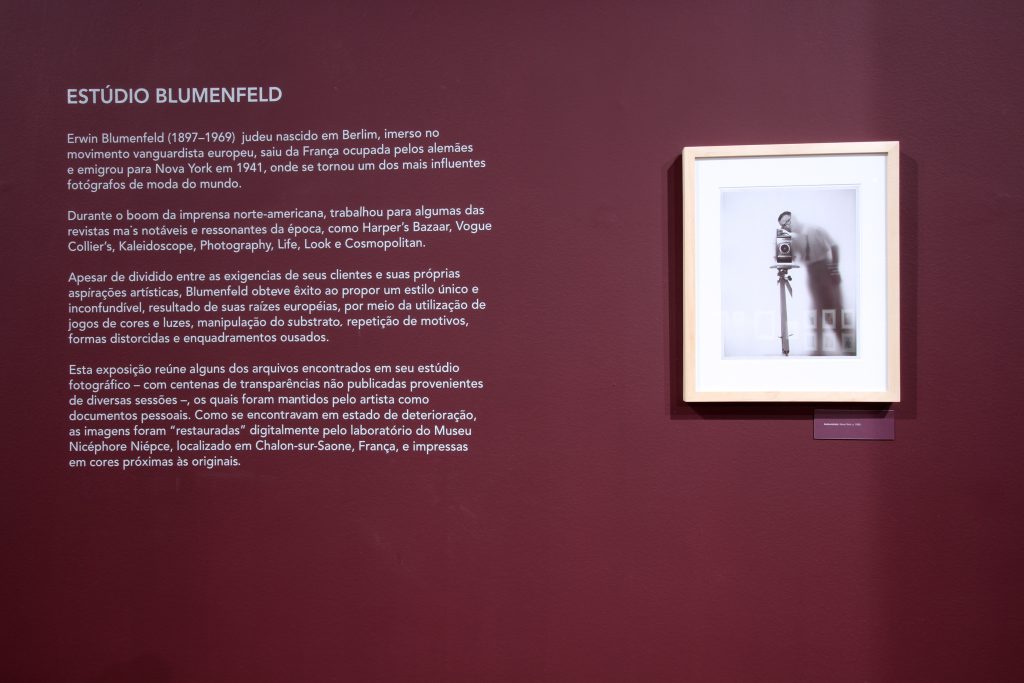 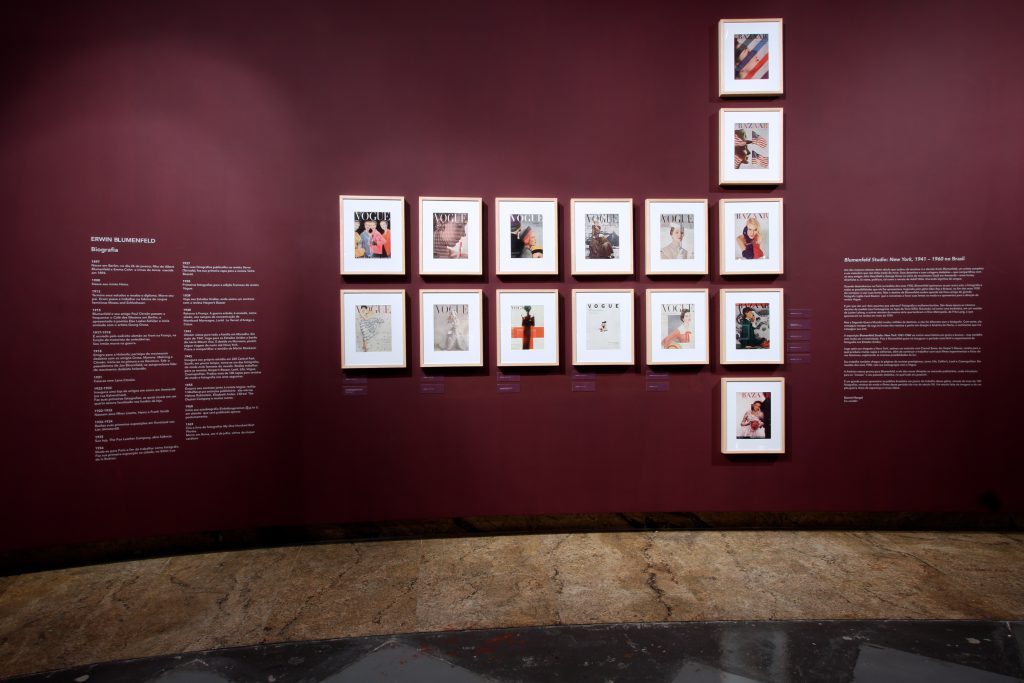 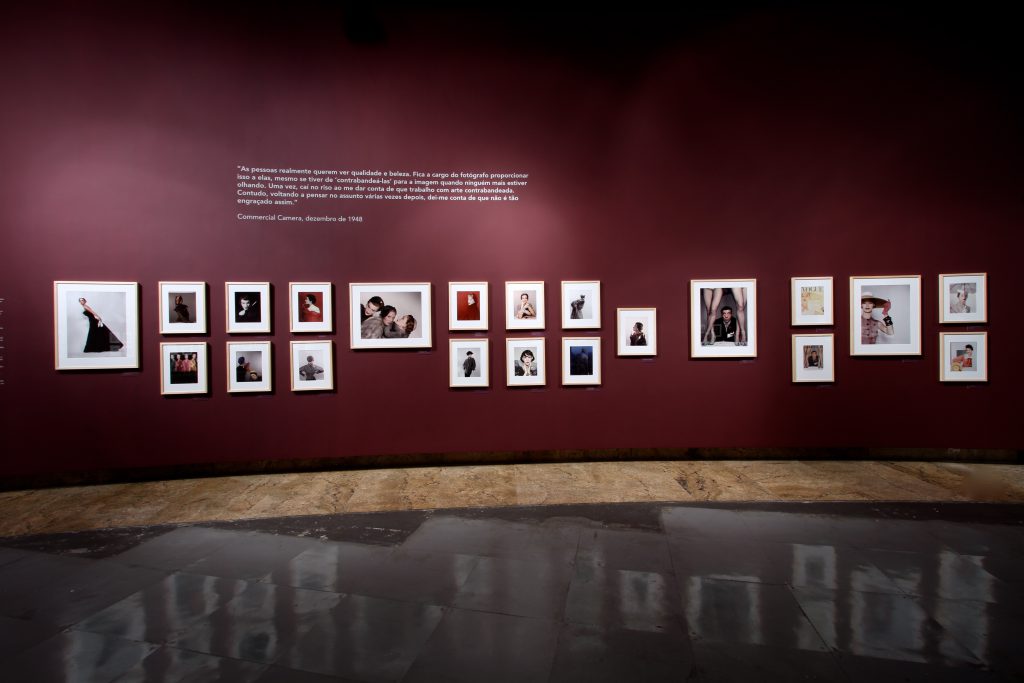 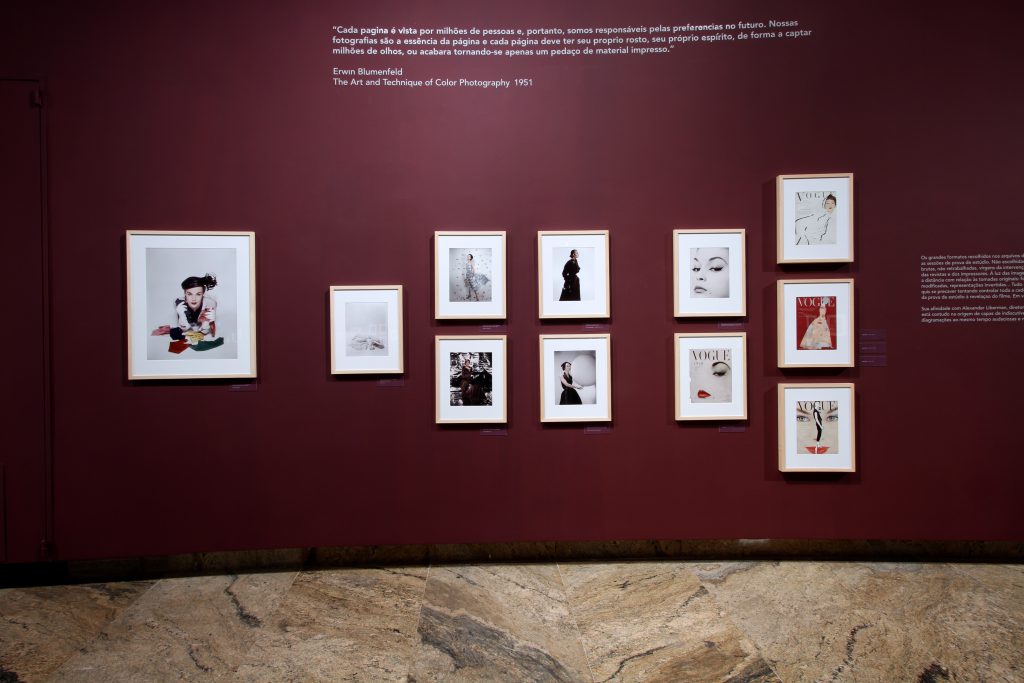 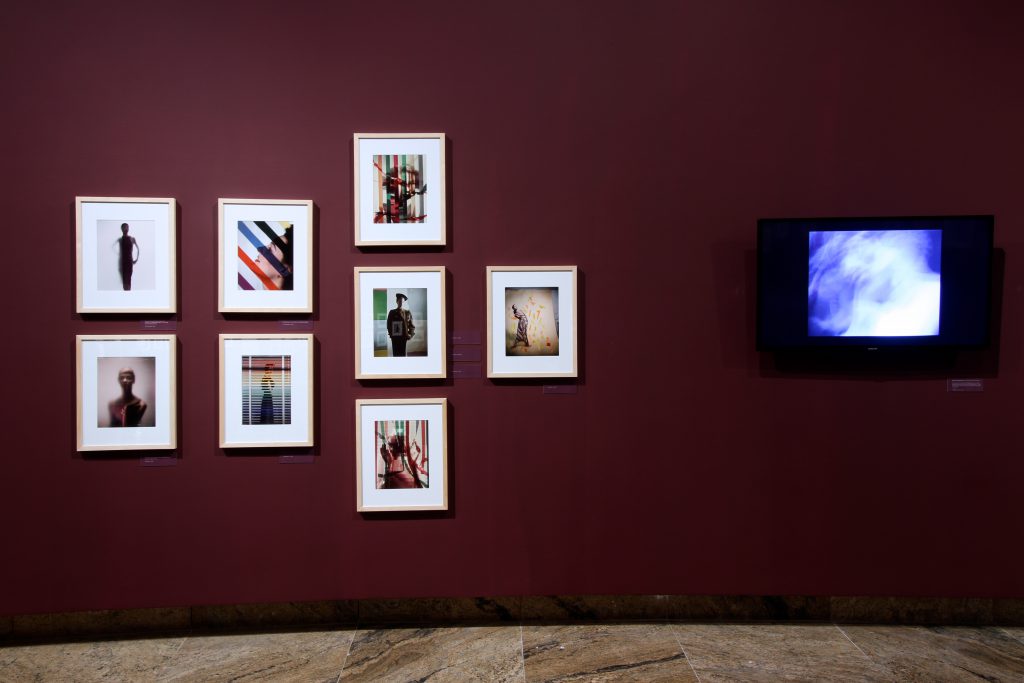 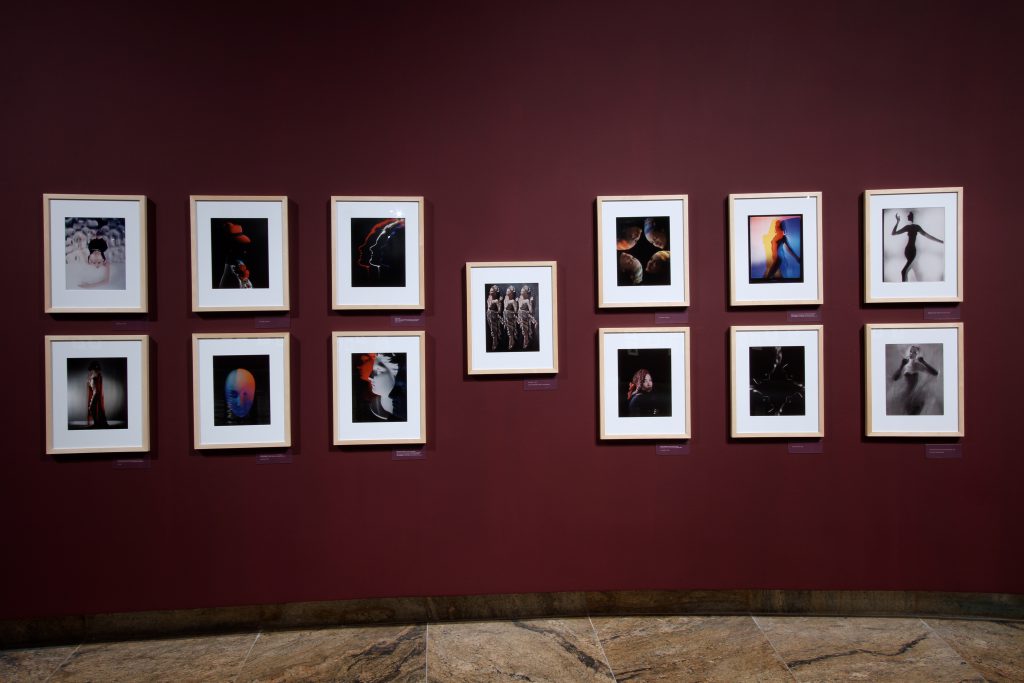 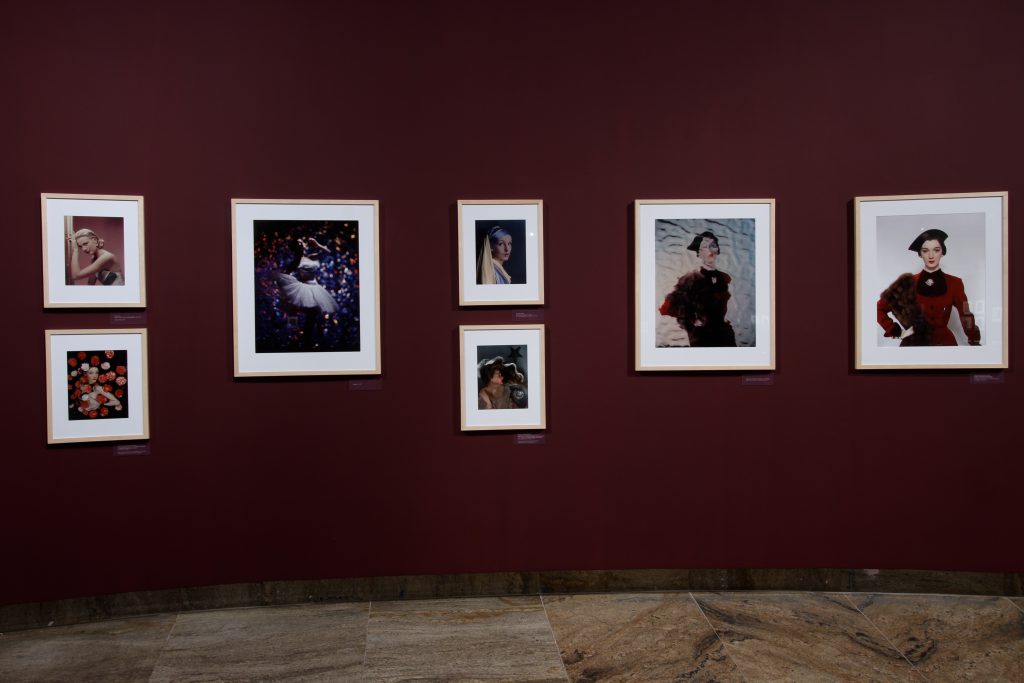 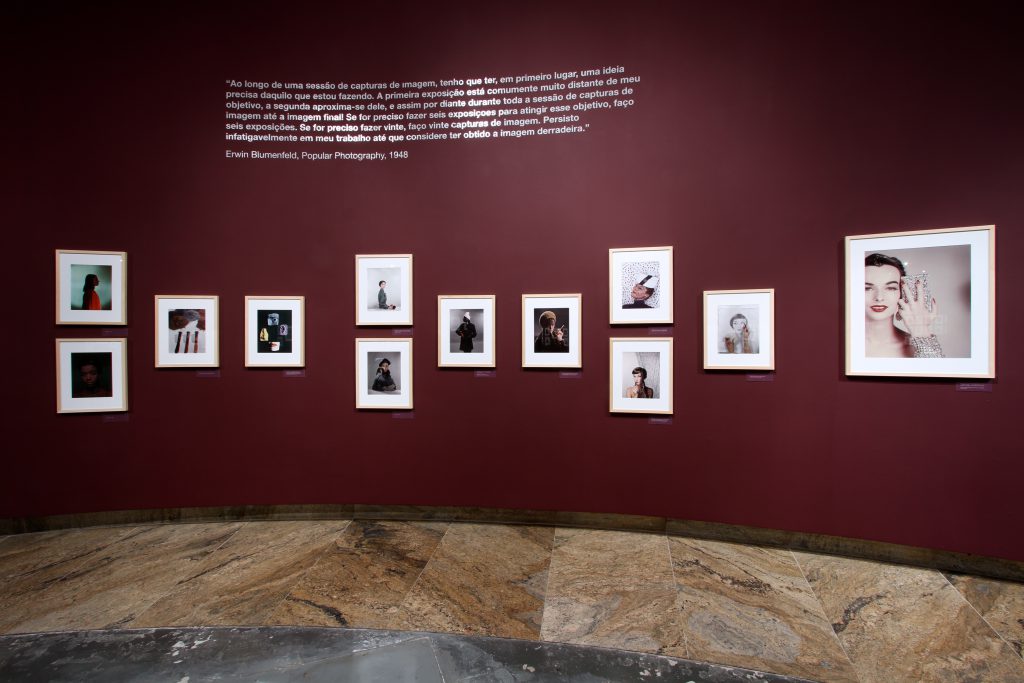 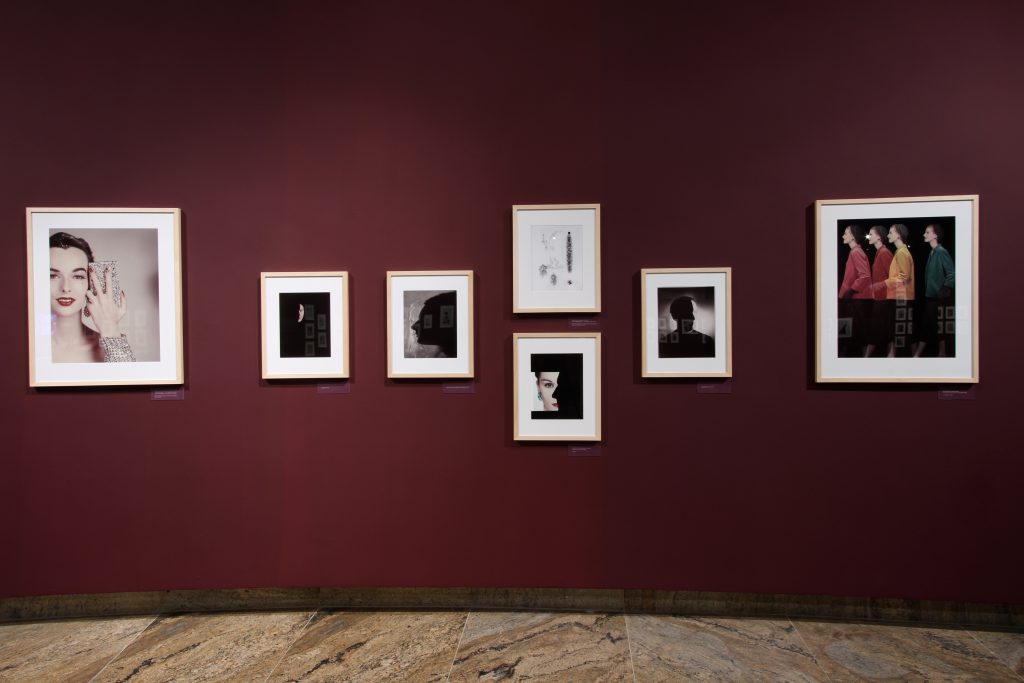 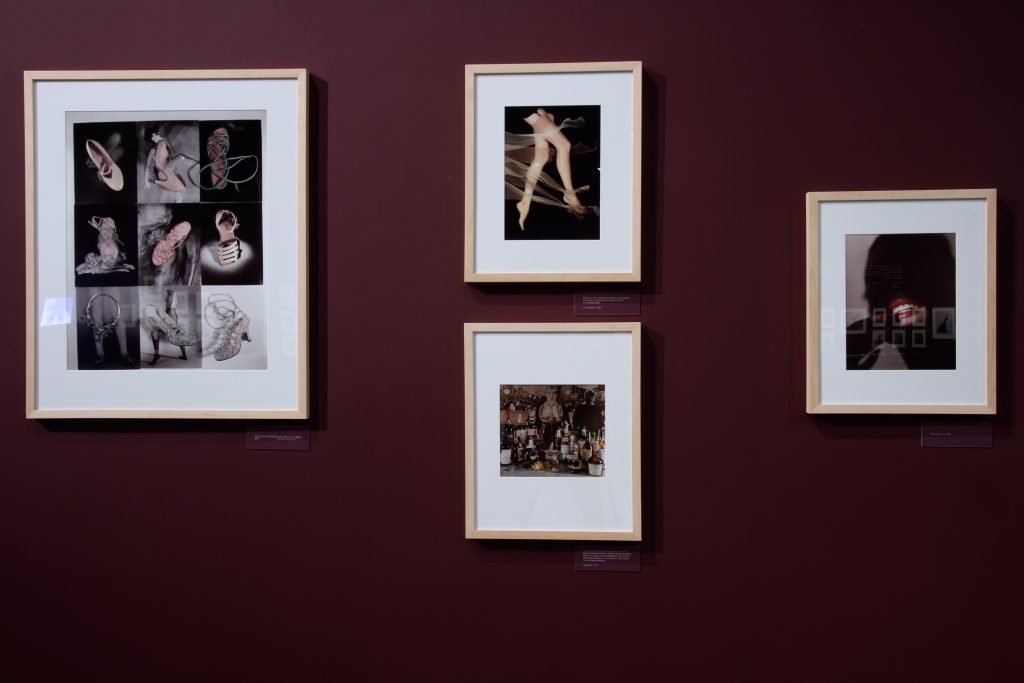 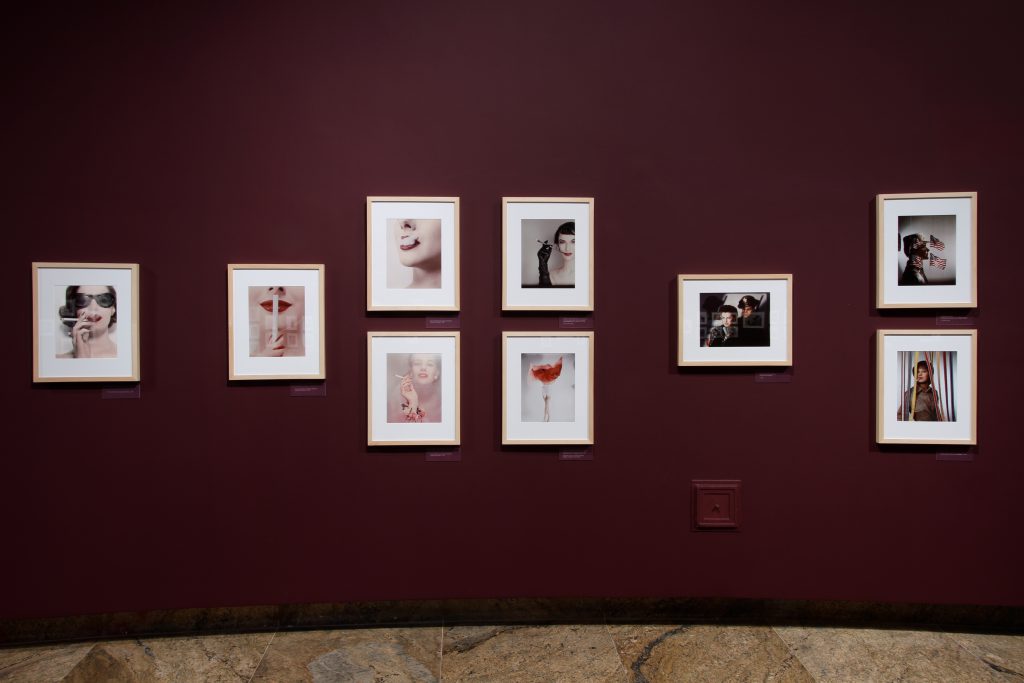 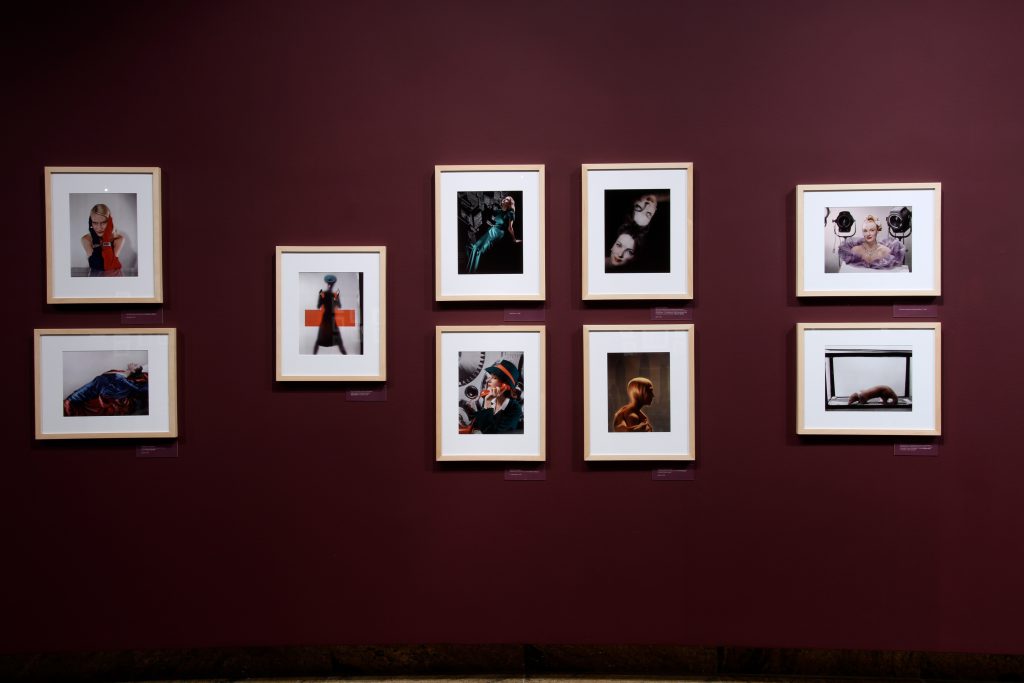 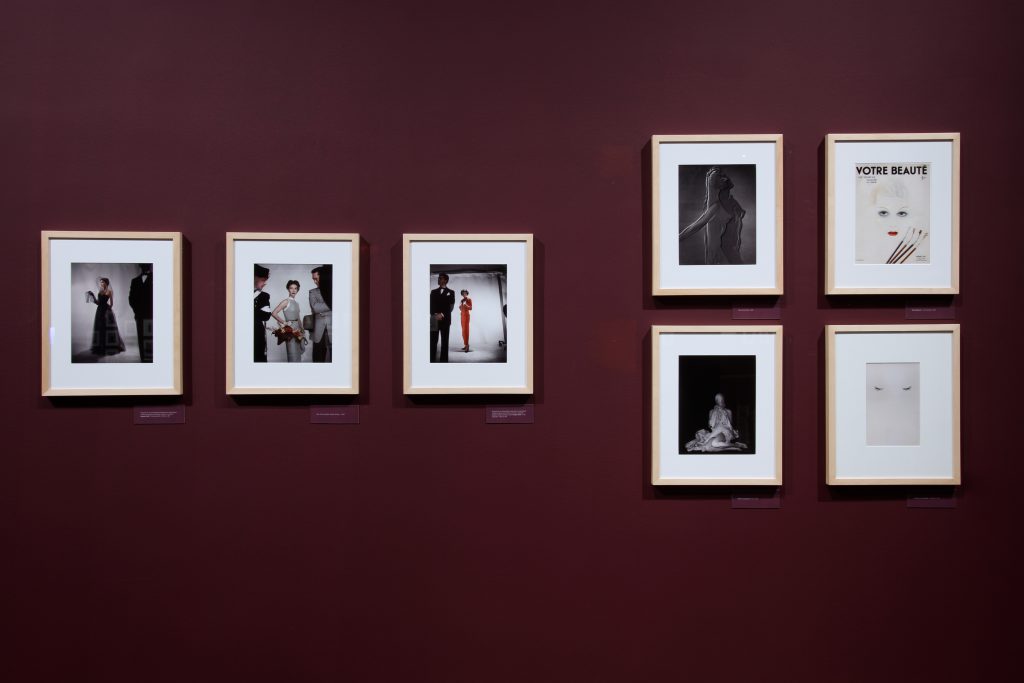 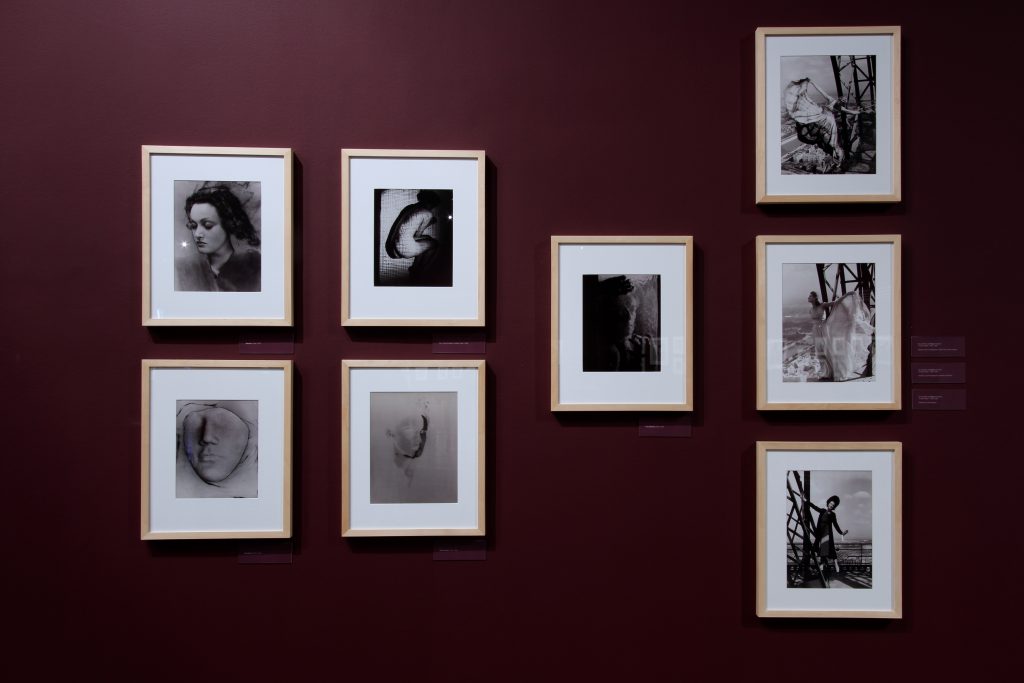